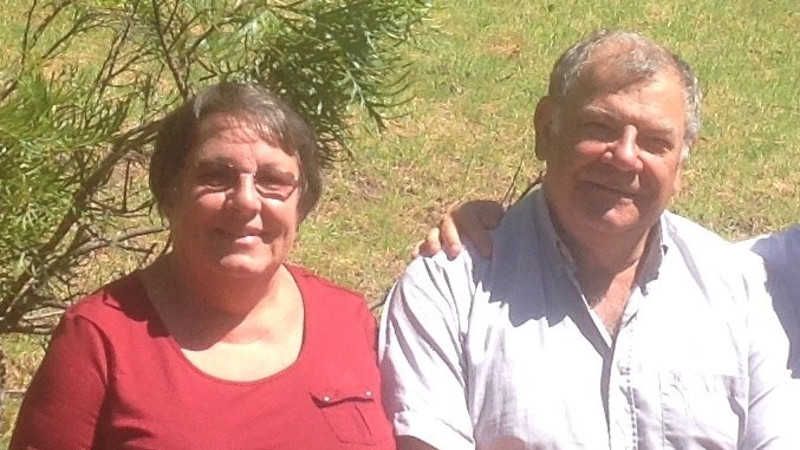 A cutting-edge cancer drug had been providing respite for retired doctor, Caryll Coats.  But coronavirus shielding has created a terrible problem.  With a suppressed immune system she cannot attend hospital appointments lest she catch Covid-19 at hospital.  The new treatment that had been preventing the cancer from progressing has stopped.  How does she cope?

Caryll’s strength comes from her Christian faith, which began in South Africa, where she spent her first four decades.  Caryll has opened up about how her life experiences have prepared her for this point.

The society Caryll was born into was fiercely unequal: racially segregated South Africa.  Brought up in this apartheid era, it was as a medical student that its horrors hit home.

“I became painfully aware of the terrible injustices suffered by the black people, especially as a medical student in a clinic in Alexandria township, and later as a junior doctor at Baragwanath Hospital in Soweto. It was heart-breaking to see how sweet innocent people were beaten by police and savaged by their dogs, just for walking down the road near their home without a passbook, or for no reason at all. One’s heart went out to them in compassion.”

It wasn’t just feelings; Caryll’s Christian faith moved her and her husband to outward rejection of apartheid.  Caryll explains: “We also showed love and hospitality to our ‘dark skinned’ Christian friends in our home, which, at that time in SA was a punishable offence! We used to smile when these friends left our home, shouting loudly as African folk do, with their own distinctive accent: ‘bye Andrew and Caryll, thanks for the dinner.’ We wondered if our neighbours would report us, but they never did!”

Caryll had not always been a Christian.  She was brought up to read the Bible regularly, but her life was a sham.  Caryll explains: “in order not to displease my parents, I ended up living a double life. One for home and church: the ideal Christian kid.  And one for school: having fun with my mates.”

Things came to a head.  “I was asked to speak of my faith at a special church meeting. God used this to convince me of my hypocrisy and sinful heart, as I knew I could not give this talk with any honesty. Some weeks later, during a communion service, I knew how sinful and far from God I really was.”

“The Lord brought me to repent (to turn from my sin to God).  I pleaded for mercy and forgiveness, trusting that Jesus had died for my sins. That very moment I knew that the Lord had forgiven me and made me a true Christian. My life changed by the grace of God.”

Caryll’s newfound faith affected her decision to study medicine.  “I asked the Lord to guide me regarding a career. I sought to work in a profession where I would be of maximum help to others, and make use of my scientific interest.”

After Caryll began working as a doctor, apartheid was an issue again.  “I was the only GP in our town who refused to segregate patients according to skin colour, and who gave appropriate treatment by dispensing medication to these patients. Everyone waited in the same waiting room, were seen by me in the same way, and in the same consulting rooms, and received the correct treatment. The ‘white’ patients had medical insurance, so the income from them funded the ‘black’ patients’ treatment because they couldn’t afford it. Needless to say, I had a very large practice of black people, because we had their trust. Only one or two white families left because of this approach.”

The next twist in Caryll’s eventful life came as a result of marrying Andrew, who studied at theological college.  Andrew and Caryll prayed together for the people on the remote volcanic island of St Helena in the South Atlantic, 1500 miles from the coast of Angola.  They found an unexpected answer to prayer when Andrew was invited to pastor the St Helena Baptist Church. 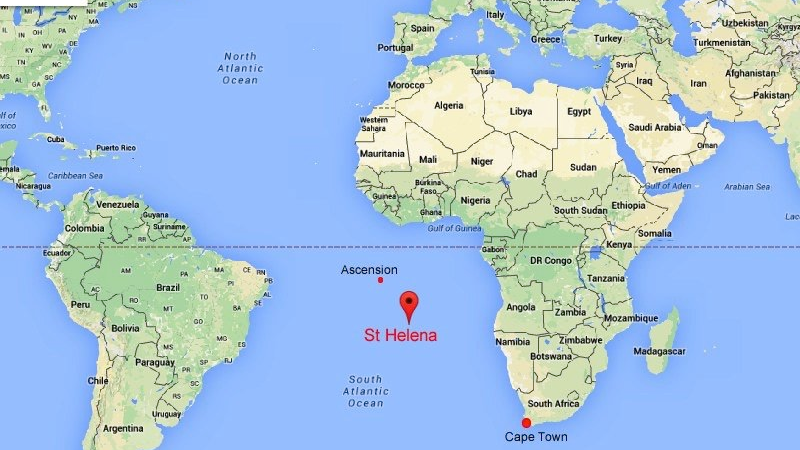 By this time, Caryll was a mother of three young children.  Without a work permit on St Helena, she was quite content as a full-time mum for her first two years there.  But suddenly things changed.  Isolated by sea and with only around 6000 people, St Helena’s Governor had to act decisively at times to keep them safe.  Caryll explains: “A crisis arose on the Island when one of the doctors refused to return after his annual leave. In God’s providence I had done anaesthetics training many years before, and had kept up to date, through no particular planning of my own.”

“Suddenly the island did not have an anaesthetist. The locum doctor refused to stay so I received a phone call telling me the Governor of the island ordered me to work! I explained I did not have a work permit. Well, the next day I had one and worked full time as a physician and anaesthetist for the next 6½ years.”

“I was constantly torn between work and home and found this very difficult as I had never intended to work full time while I had dependent children. The Lord has His own plans for us, and this job did make it financially possible for Andrew to continue as pastor of the Baptist Church there until, in God’s time, we had to move on.”

Did cancer shake her faith?

Caryll’s time on St Helena was critical to her when diagnosed with breast cancer.  Asked if the diagnosis shook her faith, this is Caryll’s striking response:

“My faith has not been shaken at all. This is not because I have great faith. It is because the God in whom I trust is great, He is all powerful, and He will decide in His wisdom, love and power what is to happen, and will give strength and help as needed.”

“During our extremely difficult time on St Helena Island, we learnt of God’s kind Providence, of His care and provision for us, and we learnt to rely on Him totally. These were precious lessons and have not been forgotten.”

In a second and final post, we find out about Caryll’s time as a leading hospice doctor and her response when the Covid-19 crisis stopped her cancer treatment.