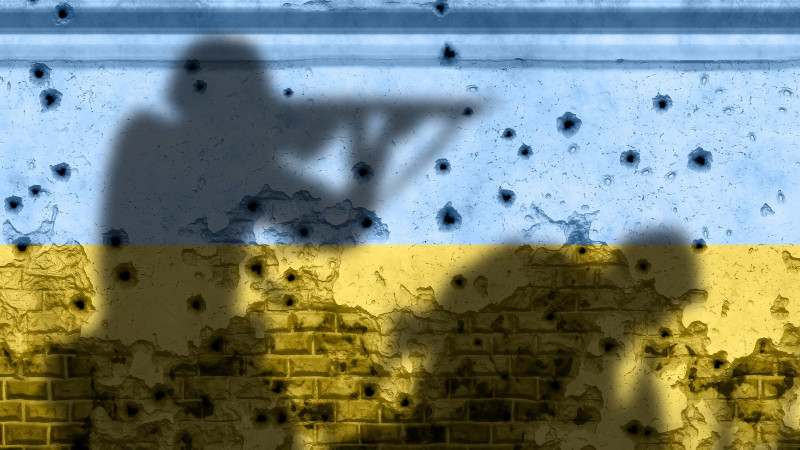 Not much, if you are Vladimir Putin. His shelling and cluster bombing of civilian areas suggests scant regard for the life of his opponents.

Even his own soldiers are expendable, sacrificed as pawns in a bigger game. A mobile crematorium follows them into battle. Little wonder that morale amongst Russian conscripts is low.

We instinctively know that such disregard for people is wrong. Life is precious. The dead are to be treated with dignity. We know that we are more than molecules. Christians understand that we must treat all human life – friend or foe – as precious. We bear God’s image; he made us to reflect him.

We view one life as particularly precious: our own. To give up our life when still young is heroic. Marine, Vitaly Skakun, has been awarded the title of Hero of Ukraine after blowing up a bridge to stop a Russian tank column at the expense of his own life.

This puzzled one commentator, who said that personally he would sooner run than stand and fight.

“[Vitaly Skakun] spent his ultimate resource – his life – for an uncertain return that could only ever accrue to others. That decision doesn’t meet our recent ideas of rationality.”

Kirkup has a point if death is the end. If this life is all we have, then it’s better to run than fight. Logic says we should preserve life and happiness as long as possible. But if death is not the end, then that changes things.

During four years of Bloody Queen Mary’s reign, 47 men and women died in Canterbury. These martyrs were burnt because they refused to deny by words or practice what the Bible said. They valued a clear conscience above their lives because they believed in a heaven to be gained and a hell to be avoided. Their fearlessness in the face of a tyrant was because they took Jesus’ teaching to heart:

Jesus said: “Do not fear those who kill the body but cannot kill the soul. Rather fear him who can destroy both soul and body in hell.”

Jesus knows what a brutal occupying force is like. Roman soldiers seized him, battered him, flogged him and nailed him onto two lengths of wood to hang until he died.

Sometimes people think of Jesus as a martyr for a cause. But he was much more. His was the only life ever that was of limitless worth because he was perfect. Jesus came as a man to die as a substitute – to offer up his perfect life to take the punishment we deserve for our deeply flawed lives.

For the last 2000 years, Christians across the world have lived under some brutal dictators. They endured by looking to Jesus to forgive their sins and being assured of his promise of eternal life and final resurrection.

Jesus said: “This is the will of my Father, that everyone who looks on the Son and believes in him should have eternal life, and I will raise him up on the last day.”

On that last day each of us will meet the Lord Jesus Christ. Putin won’t escape. He is unlikely to be tried in the Hague but he is certain to meet his Maker and be called to account.

We will be there too. What a joy for all those who know Jesus as their Saviour before they meet him as their Judge. What a joy to know that he viewed their lives as so precious that he laid down his own so that they might have eternal life.

Will you have that joy? Have you ever looked to him for forgiveness, believing that he was punished in your place? Not just your life, but your eternal destiny is so precious in God’s sight that he sent his Son to die as a substitute. He invites you look to him for forgiveness and eternal life in heaven.